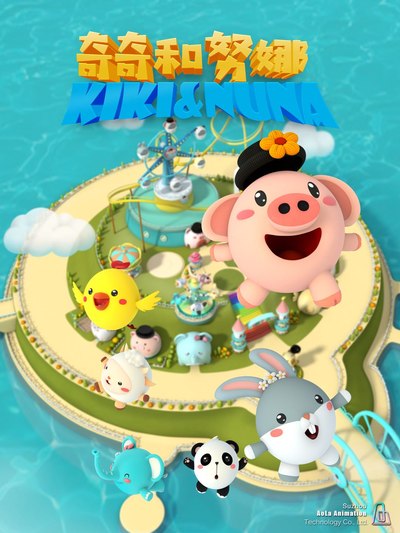 The 104 x 6-minute show, currently in production with a summer, 2020 launch date, revolves around 2 animals – Curious Kiki & Helpful Nuna – and the everyday challenges they face with their friends. Whenever they come up against problems they can’t quite understand, Dr. A and her assistant, You, appear to help them figure things out.

Kiki & Nuna is based on a set of popular clay toy figures. Canadian writer and actor Andrew Sabiston (Super Wing, Ranger Rob) has been a key figure in the show’s creative development.

As part of the deal, MediaLink purchased season one as well as secured a global distribution deal covering a number of worldwide territories as well as Greater China markets. MediaLink and Aola Animation will be bringing Kiki & Nuna to the Kidscreen Summit in Miami next month.

Founded in 2014, Aola has quickly grown their studio through a number of production deals with partners in China and abroad, including Alpha Group (Super Wing, Balala The Fairies) and Wing Sing Animation (CG Bond TV series and feature film).
Source: Aola Animation