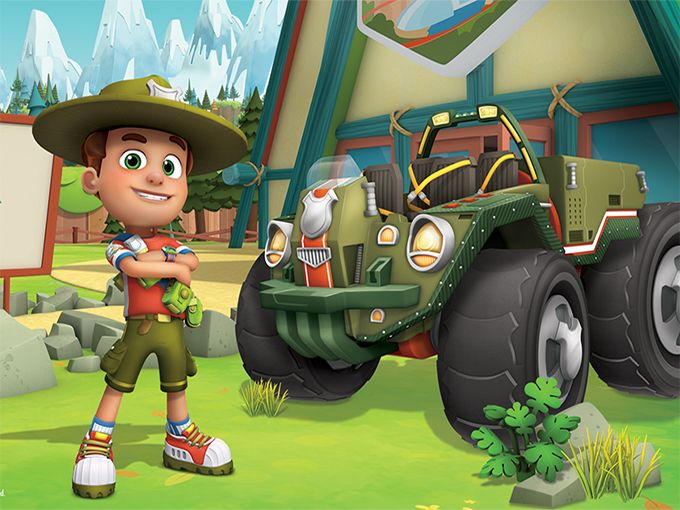 Under the deal, Blue Socks will be responsible for distributing more than 4,400 episodes of Nelvana’s shows in the region, including Babar, Franklin, Ranger Rob (pictured), The Dog & Pony Show and Agent Binky: Pets of the Universe.

Blue Socks has been shopping the library around the continent for the last month, and has lined up six deals with local broadcasters. The unnamed series will start airing in Q4 2020 and Q1 2021, says Warren.

Africa is a giant and diverse continent with 54 countries, all of which have a different state-owned broadcaster with varying reach. Sub-Saharan Africa alone has developed into a big market, with broadcasters expected to reach more than 75 million homes in the region by 2021, according to satellite operator Eutelsat. There’s a growing demand for locally made kids content, which has historically not been a big focus for broadcasters, says Warren. This makes breaking into any single country with foreign shows difficult, though Blue Socks is hoping to replicate it’s own success for Nelvana.

Blue Socks previously sold its flagship preschool series Raggs to South African broadcaster SABC 2, Mango Airlines and Namibia’s One Africa TV. The musical series resonated with local audiences because of its educational value and catchy songs, Warren says. And while Africa is diverse, educational content, having pride in yourself and positive messages about kindness tend to resonate across the continent.

English-language content is accepted broadly, but to make the strongest impression, producers and distributors have to swallow the cost of dubbing, adds Warren. Languages can vary depending on the specific platform, but it’s useful to know that the majority of Sub-Saharan African countries recognize English as a major language, he says, cautioning that while English is widely acceptable in many countries, others prefer French or Portuguese content, and Northern Africa wants shows dubbed into Arabic. South Africa, for example, has 11 official languages—English being one of them.

Patience is also important. “This is an emerging market, and deals can take longer,” says Warren. “But more and more players, including Netflix, are here. And the need for kids content is only going to grow.”